American physicist Thomas Kuhn, who was famous for his theories about scientific revolutions,1 noted that increasing scientific specialization was one type of sweeping scientific change that did not have what he called a destructive element. If he were alive today, he would no doubt place the emergence of anti-VEGF treatment for retinal disorders into precisely that category of change. Rather than introducing a paradigm shift, which would have resulted in the replacement of surgery, today’s era of medical retina can be traced to the gradual growth and increasing complexity of one branch of the parent discipline of vitreoretinal surgery.

“Of course, long before there were anti-VEGF drugs, and before we ever thought there would be drugs that could be used to treat retinal disorders, a type of medical retina practice already existed,” says Steve Charles, MD, of the Charles Retina Institute in Germantown, Tennessee. Dr. Charles began his retinal surgery practice in 1975. “That practice was brought about by the advent of 2 things: fluorescein angiography for diagnosis and laser as a therapeutic tool. That, and photodynamic therapy beginning in 2000, is what defined medical retina until about 2002 or 2003, when early and relatively ineffective drugs such as Visudyne (Bausch + Lomb) and Macugen (Bausch + Lomb) first came along.”

The fledgling subspecialty of medical retina expanded enormously with approval of drugs like Lucentis (Genentech) and Eylea (Regeneron), bringing dramatic changes not only to medical retina but also to the lives of patients and to the daily practice of retina. W. Lloyd Clark, MD, of the Palmetto Retina Center in West Columbia, South Carolina, had a front row seat to those dramatic changes as he was launching his career.

“I entered the field of retina at the very beginning of the anti-VEGF era,” says Dr. Clark, who completed his fellowship in 2000, the year that photodynamic therapy was approved by the FDA. “I made the decision to go into retina as a surgical subspecialty, and then just as I was getting started, the entire field changed. I began to practice at a time when we effectively had to retool ourselves as clinicians. The whole pattern and pace of vitreoretinal practice — down to the logistics, the staffing, and the facilities — changed during my first 5 to 7 years. It was a very interesting time. Everything was changing and you had to change with it.”

ARE CHANGES LIKELY TO BRING A DIVISION OF LABOR?

Although the landscape of retina practice has been reshaped during the past decade by the domination of medical retina — with regard to demand for services, time spent in the clinic, and revenue — as Dr. Charles already noted in an earlier article for Retinal Physician,2 retinal surgery is far from dead. Small-gauge vitreoretinal surgery for retinal detachment, PVR, giant retinal breaks, and a range of other injuries and disorders, he wrote, is unlikely to ever be replaced by nonsurgical pharmacologic interventions.

Is it possible that the persistent need for surgery, coupled with the imbalance in the demand for medical and surgical services, will result in attempts to divide labor among specialists, with the goal of increasing efficiency?

“Those who are in the business of organizing doctors and structuring practices will likely experiment with different divisions of labor that they believe will help practices run more efficiently,” says Dr. Charles. “One possible division of labor may involve identifying the strongest surgeons in a practice and designating those people to stay predominantly in the operating room, while others in the practice take care of most, or all, of the medical retina. That division of labor might solve a few problems — for example, some specialists who do very little surgery may worry about maintaining their surgical skills. Could a surgical center of excellence model be regarded as more efficient in the future? It’s entirely possible.”

However, at least in relatively small, retina-only practices, such changes are unlikely to take place any time soon. For one thing, notes Dr. Charles, specialists trained in surgery, who love the craft of surgery, will be reluctant to give it up. In his practice in Tennessee, associates are trained in both surgical and medical retina, and there is no current plan to hire medical-only retina specialists.

“Right now I can’t think of a practice in the country that has 1 or 2 high-volume surgeons, while others in the practice handle medical retina,” says Dr. Charles. “But will that be the case 2 decades from now? I don’t know.”

Partners in Dr. Clark’s practice in South Carolina likewise have no immediate plans to hire medical-only retina specialists, even though the work in his practice is characterized by a preponderance of medical retina.

“In our 5-doctor group, all of us perform surgery, and we also participate in a very busy clinical research program,” says Dr. Clark. “We built the medical retina side of our practice by becoming involved very early on in industry-sponsored research. We have been involved with the use of drugs such as Lucentis since before they were approved by the FDA, so we had a little bit of a head start. Now, a decade later, even though we are all surgically trained, we do much more in the way of medical retina.”

Yet Dr. Clark says that it would be difficult to imagine hiring medical-only retina specialists, at least in the near future.

“I think for any group of specialists, that decision would depend on the delivery model for retina care in an individual community and in an individual practice,” he says. “Retinal practices that offer a full scope of services, meaning medical and surgical retina plus or minus clinical research, are probably not likely to preferentially hire people trained only in medical retina. There are structural reasons for that. For example, in a group of surgical specialists, a medical retina specialist not trained in surgery would be unable to take call or handle emergency procedures. For a variety of reasons, practices like mine and Steve’s will likely continue to hire specialists with both medical and surgical training, so that the division of labor is similar across the board.”

In contrast, Dr. Clark notes that a multispecialty group with an established referral base might be very eager to hire medical-only subspecialists.

WILL LONGER CAREERS BE AMONG NEW OPTIONS IN THE FUTURE?

Earlier this year, with the help of Dr. Charles, Retinal Physician conducted a short survey on the topic of retinal practice in the anti-VEGF era (see several responses in the sidebar, and all responses at the end of this article). While the responses may not offer definitive conclusions, they suggest that more changes in the field are on the horizon.

“I tried in the survey to reach people’s emotions as well as reason and see how they might reply to certain questions if given a chance to do so anonymously,” says Dr. Charles, who developed the survey questions. “I love the craft of surgery, and even now in my 70s, I can’t imagine ever wanting to quit. But I know that some specialists find surgery stressful. The revenue stream from medical retina and the flexibility in schedule that medical retina offers may encourage some specialists to make educational and career decisions that weren’t available a decade ago.”

A greater number of retina specialists enjoying practice well into their 60s and 70s may be one of the changes in store.

“The income disparity and the imbalance in the amount of time spent on medical and surgical retina might suggest that practices like ours will simply need more medical subspecialists,” says Dr. Clark, “but there is another way of looking at the situation. While those of us trained in surgery may not want to give it up, at the same time few of us would want to be stuck doing surgery all the time — working nights and weekends, and bringing in less income. From a lifestyle perspective, it’s good to have a balance, and also, as specialists get older, they may want to gradually do less surgery. It’s very difficult to continue to do microsurgery into your late 60s and 70s, but you can provide a high quality of medical retina services for much longer. So, I think it’s very likely that the era of medical retina will extend many of our careers.”

Will there be decreasing job satisfaction in the future because specialists trained in surgery won’t get to do enough of it? Will a larger number of people pursue training only in medical retina and not go through the exercise of learning how to operate?

“It’s not possible to predict right now all of the changes that are going to take place,” says Dr. Charles. “But it certainly is fascinating to reflect on the possibilities.” RP 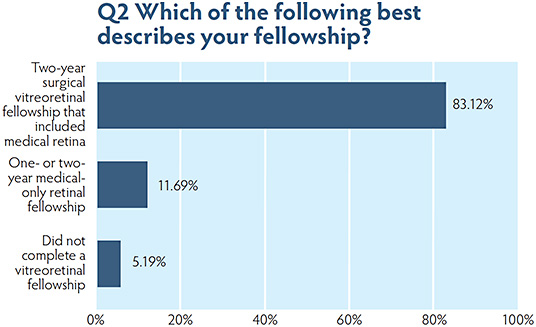 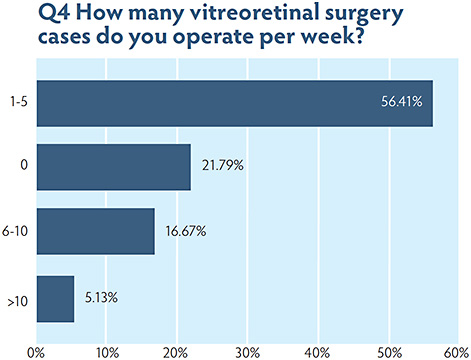 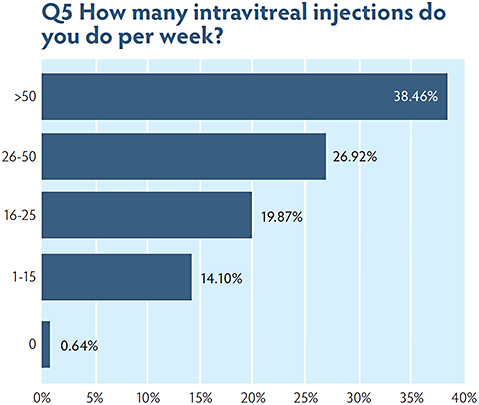 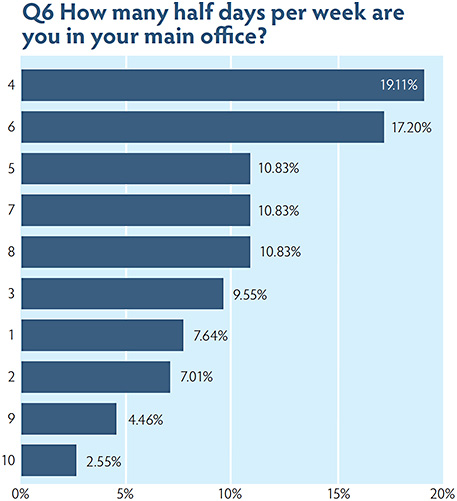 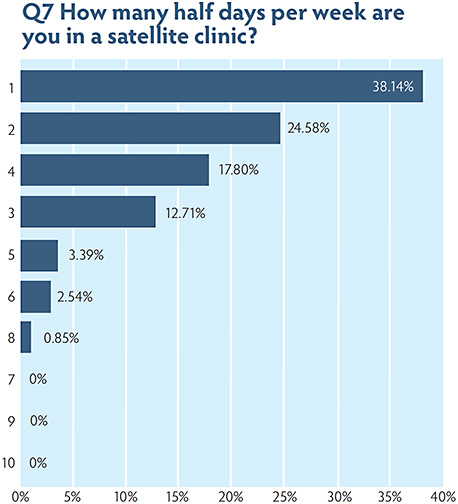 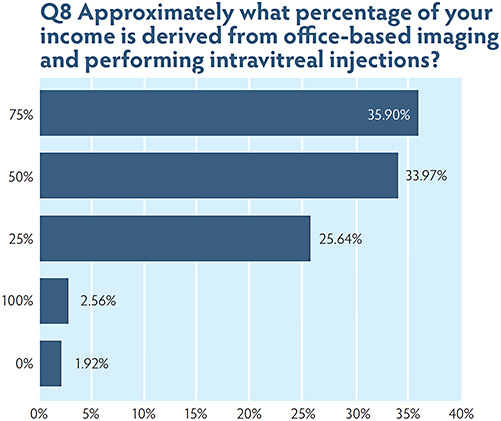 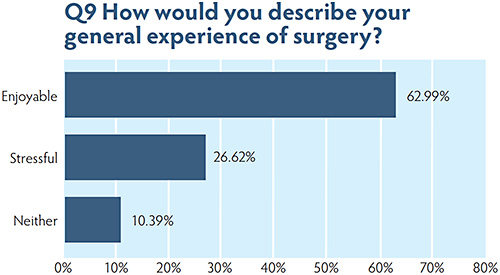 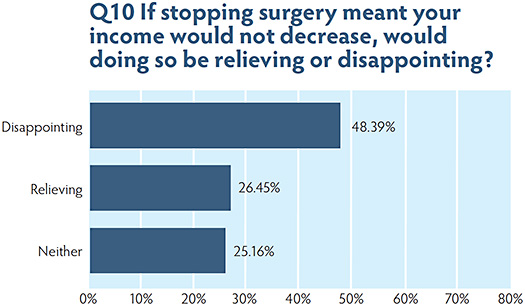 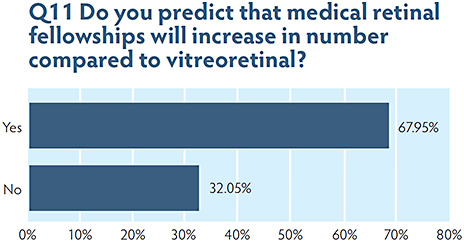 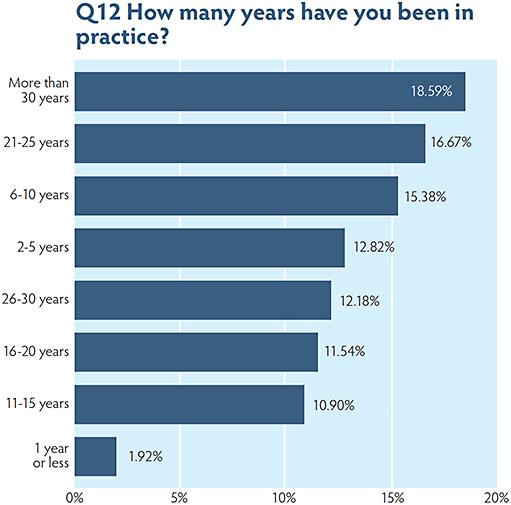