This requirement can dramatically change postoperative refraction. On average, a hyperopic shift of 5.00 D occurs. This shift can cause dramatic changes in best-uncorrected visual acuity. Most patients suffer from anisometropia, aniseikonia, diplopia, reduced stereopsis, and other complications.

No real solution exists for binocular patients because this hyperopic shift cannot be treated with glasses, and contact lenses are not indicated for many reasons. In monocular patients, it can also cause additional visual impairment beyond that caused by retinal disease.

Over the years, this situation was widely accepted, and patients suffered for the period during which silicone oil was installed. It could also have a large economic impact because patients might not be able to work, would be at increased risk for injuries, and, if monocular, might have the immediate need to buy new glasses.

If performing pars plana vitrectomy in a phakic eye, the surgeon might decide to perform cataract extraction simultaneously and implant an intraocular lens.

If the IOL is calculated for an eye filled with silicone oil, the surgeon will need to exchange it during the silicone oil removal. This process can be quite challenging if the posterior capsule is not intact and even more so if the capsular bag is fibrosed.

Mobilization of the IOL can become dangerous, and the zonules can become severely damaged. We therefore not favor this option. In addition, if the IOL is calculated for silicone oil–free status, the aforementioned hyperopic shift will occur.

Since January 2013, we have used a new option for selected cases to solve these problems. If we perform pars plana vitrectomy with silicone oil tamponade in a pseudophakic eye or perform surgery in combination with phacoemulsification and implantation of an IOL, we additionally implant a so-called add-on IOL in the ciliary sulcus to treat the hyperopic shift.

This special IOL (Figure 1, page 32) is designed for sulcus implantation. For some years already, surgeons have used this platform for refractive surgeries, such as implantation of toric or multifocal IOL in pseudophakic eyes. 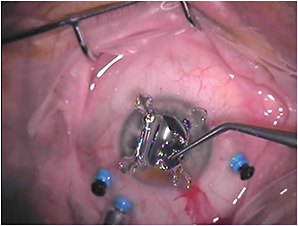 Figure 1. A 1stQ A4WS00 IOL prior to implantation during transconjunctival 25-gauge pars plana vitrectomy with planned silicone oil tamponade in a case of recurrent vitreous hemorrhage.

Seeing the results of these surgeries in otherwise healthy eyes, we were encouraged to start using these IOLs in special situations, such as keratoplasty to treat higher postoperative corneal astigmatism and, more recently, in vitrectomized eyes with silicone oil tamponade.

Based on our experience, we calculated that +6.00 D should correct the hyperopic shift in most eyes. The hydrophilic acrylic lens we used was basically the same as for other indications (1stQ A4SW00, Medicontur, Hungary).

To reduce the amount of viscoelastic device in the anterior chamber and the need to remove the device, we have used in some cases a 25-gauge infusion cannula as an anterior-chamber maintainer (Figure 2) through a microside port incision during implantation of the add-on IOL. 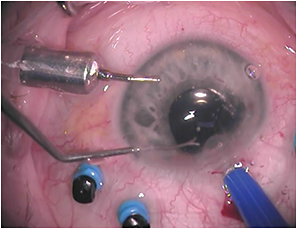 Figure 2. Implantation of an add-on IOL: a 25-gauge infusion line serves as an anterior-chamber mantainer, and a second instrument guides the IOL during implantation.

In all cases, we implanted the add-on IOL prior to silicone oil injection to reduce the risk of oil prolapse into the anterior chamber. The indications for silicone oil tamponade were retinal detachment, severe PDR, recurrent vitreous hemorrhage, and macular translocation. 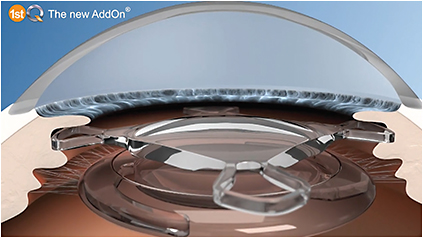 Figure 3. Situation after implantation of an add-on IOL in a pseudophakic eye; all four haptics are placed in the cilliary sulcus, stabilizing the positioning of the add-on IOL.

The add-on IOL was well centered in all of the eyes, and no silicone oil prolapse or posterior synechiae occurred. In most cases, we removed the silicone oil after three to six months and explanted the add-on IOL using different techniques.

After filling the anterior chamber with a viscoelastic device and mobilization of the add-on IOL, we either refold the lens intraocularly (Figure 4) or cut it with Vannas scissors. For refolding, we make a side port opposite the main incision and place a delicate spatula under the add-on IOL. 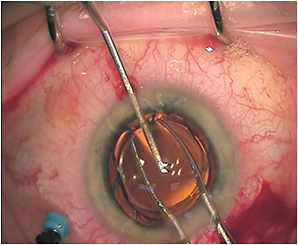 Figure 4. Intraocular refolding of an add-on IOL after silicone oil removal; note the spatula is placed behind the add-on IOL from an opposite-side port incision.

Then, we use curved forceps for implantation of a foldable IOL, which we place over the add-on IOL and press against the spatula while refolding the lens. Before complete refolding, we pull out the spatula.

We then turn the add-on IOL sideways and explant it. If the lens was cut in half, we use a Sinske hook to stabilize the add-on lens during cutting with the scissors.

Then, we explant the halves separately. We always perform explantation of the add-on IOL after silicone oil removal. Only occasionally do we need to suture the main incision.

After more then one year of experience with this new technique, we believe that the hyperopic shift after vitrectomy with silicone oil tamponade can be treated by implanting an add-on IOL with +6.00 D of power.

The special design of the 1stQ A4SW00 prevents complications, such as decentration, posterior synechiae, interlenticular secondary cataract formation, and iris capture. Not only our own perceptions, but also the feedback from patients and referring doctors, have been positive. RP