Know the role of the vitreous humor to better understand certain ocular pathologies.

Many retina specialists regard the vitreous body as simply a sticky gel that needs to be removed to fix serious retinal pathology. In other words, the vitreous gel is dispensable. What if, perhaps, we were to ascribe to the vitreous gel a very important physiologic property that was essential to the health of the eye? Would our regard for the vitreous gel change?

This article will first present data showing that the vitreous gel does, indeed, perform an important physiological task that is essential to the eye: it consumes oxygen and protects the eye from oxidative damage. The article will then discuss the implications of the vitreous gel having this property only in the gel state and not when liquefied or removed surgically.

Traditionally the functions of the postnatal vitreous gel have been thought to be biophysical in two ways: (1) to serve as a support structure for the retina, and (2) to serve as a medium for light transmission. Then, in the April 2009 issue of Archives of Ophthalmology, my colleagues at the Washington University School of Medicine and I reported a new and provocative finding: gel vitreous consumes oxygen.1

We performed a series of experiments in which the tip of an oxygen sensor (the size of a 30-gauge needle) was easily fit through trocars at the time of 23- or 25-gauge vitrectomy surgery. In more than 60 patients undergoing vitrectomy surgery for a variety of retinal conditions, we measured intraocular oxygen tension prior to turning on the infusion cannula in two locations: adjacent to the pars plana and in the mid-vitreous cavity.

The results were surprising. First, we noted that the inside of the eye exists under hypoxic conditions. The oxygen tension was less than 5% (room air is 21% oxygen). Second, we noted that there was an oxygen gradient in the vitreous cavity. The oxygen tension was higher near the pars plana because of the nearby vascularized tissues, and it was lower in the center of the vitreous cavity.2

If diffusion alone were the only principle at work, then the oxygen tension should have been the same throughout the vitreous cavity. Thus, we hypothesized that the vitreous must actively consume oxygen. 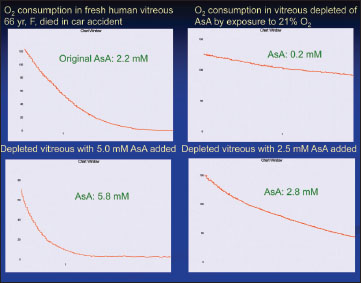 Figure 1. Vitreous consumes oxygen in an ascorbate-dependent manner. The rate of oxygen consumption varies in a linear fashion with the concentration of ascorbate in the vitreous gel.

These findings led us to conclude that vitreous consumes oxygen in an acellular, ascorbate-dependent chemical reaction. The reaction we believe to be continuously taking place in the vitreous gel is seen in Figure 2. Note that both ascorbate and oxygen are consumed in the reaction and that the ultimate product is water. 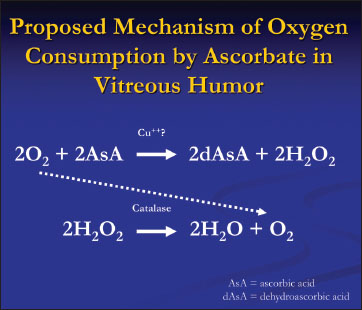 Figure 2. This is the proposed biochemical reaction occurring in the vitreous gel by which oxygen and ascorbate are consumed, and water is produced.

Ocular physiologists have known for decades that the vitreous gel contains extremely high levels of ascorbate, or vitamin C. In fact, the vitreous-to-plasma ratio for ascorbate is 40:1 owing to active transport. The body is constantly pumping ascorbate into the vitreous gel. The function of such a high ascorbate level in the eye was previously speculative. Now, it is clear that vitreous ascorbate is the eye's antioxidant.

The early experiments were performed with cadaver vitreous. Would the findings hold true in vivo? This question prompted a series of experiments in which 3 mL of undiluted vitreous were removed from patients undergoing vitrectomy surgery for a variety of retinal conditions. While in the operating room, the undiluted vitreous was immediately placed in the same oxygen-impermeable glass tube with an oxygen sensor.

We made an interesting observation: Formed or “gel-like” vitreous consumed oxygen at a faster rate than liquefied vitreous fluid. The difference in the rate of oxygen consumption was even more striking when comparing vitreous gel to the fluid removed from a previously vitrectomized eye. This evoked the question: Was the “gel” nature of the vitreous important? Were we born with a vitreous “gel” for a reason? 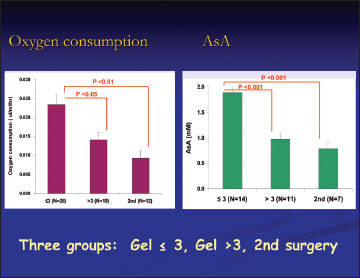 The take-home message is that vitreous liquefaction and vitrectomy surgery are associated with less intraocular oxygen consumption. In those two “states,” the eye is exposed to oxidative stress and subsequent damage.

THE VITREOUS AND OCULAR PATHOLOGIES

The crystalline lens exists in a hypoxic state thought to be essential for lens clarity. It is well established that age-related or nuclear sclerotic cataract is caused by oxidative damage to the nuclear proteins in the lens (Figure 4). Although the final damage-causing step may involve free radical oxygen species, the source is molecular oxygen diffusing from the vascularized tissues of the eye. 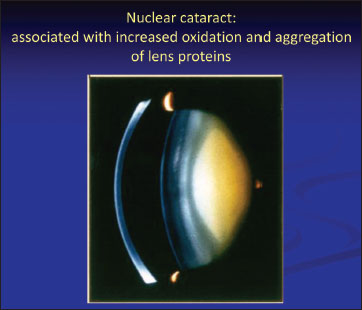 Figure 4. It is well established that nuclear sclerotic cataract is due to oxidation of proteins in the nucleus of the crystalline lens.

For example, the retina and choroid are two of the most vascular and highly oxygenated tissues in the body. Approximately 20 mm away is the crystalline lens, which exists in less than 5% oxygen. Only the vitreous gel lies between these two vastly different oxygen microenvironments.

Evidence now suggests that the function of the vitreous gel is to consume the molecular oxygen diffusing from the retinal surface to protect the lens from the oxidative damage that leads to nuclear cataract. When the vitreous gel is surgically removed, the lens is newly exposed to very high levels of molecular oxygen and rapidly accelerated nuclear sclerosis ensues in anyone over the age of 50. Vitreoretinal surgeons know this to be true, as vitrectomy surgery in anyone older than 50 invariably leads to cataract extraction in more than 90% of patients within two years.

However, when the vitreous gel slowly liquefies with age, the lens is gradually exposed to slightly ever-increasing amounts of molecular oxygen, and slowly progressive nuclear sclerosis ensues. Thus, the underlying cause of nuclear sclerotic cataract is vitreous liquefaction.

Not only does the vitreous gel consume oxygen, but the crystalline lens does too. If an individual older than 50 has vitrectomy surgery in a phakic eye, that eye will likely undergo lens removal (ie, cataract surgery) within two years. Consequently, the eye will have lost the two most important structures for protecting itself from oxidative damage: the vitreous gel and the crystalline lens.

Stanley Chang, MD, in the 2006 AAO Jackson Memorial Lecture, presented evidence that roughly 15% of eyes undergoing both vitrectomy surgery and cataract surgery will develop a form of primary open-angle glaucoma if followed for a long enough period of time.4 My colleagues at Washington University and I explored the “Chang Hypothesis” with the oxygen sensor in patients undergoing cataract surgery, glaucoma surgery and vitrectomy surgery.

Based on the research discussed above, the “oxygen hypothesis” has been formulated: Loss of the vitreous gel through age-related liquefaction or surgery allows increased levels of molecular oxygen from the retina and the ciliary body to reach the lens. The oxidative damage leads to nuclear sclerotic cataract. When the cataract is removed, the in creased levels of molecular oxygen reach the trabecular meshwork. The oxidative damage leads to open angle glaucoma in up to 15% of individuals.

LOOKING TO THE FUTURE

The possible benefits of being able to maintain a vitreous gel throughout life are many: no nuclear sclerotic cataracts, reduced cases of open angle glaucoma, and reduced cases of retinal tears, retinal detachments, macular holes, vitreomacular traction, macular pucker, bleeding from proliferative diabetic retinopathy, etc. The list goes on.

Unfortunately, there is currently very little understanding of the mechanism of vitreous liquefaction and very few research efforts in this area. The importance of a gel vitreous to the health of the eye has long been unexamined. Vitreous research is the unexplored frontier of the eye. I am sure the vitreous gel will continue to surprise us. RP